The 3rd World Internet Conference has just come to an end. At this conference, Baidu Chairman Li Yanhong gave a speech many times. He summarized the development of the Internet and put forward the idea that artificial intelligence (AI) will become the future direction of technology development. He believes that Such changes will also shift the focus of global innovation.
Li Yanhong: AI will become the future direction of technology development
Li Yanhong repeatedly praised the tremendous changes brought about by the Internet for life. For example, Wuzhen, the place where the World Internet Conference was held, nowadays, Wuzhen has ubiquitous free WiFi access to the whole town, with smart parking, smart medical treatment, etc. In just over two years, Wuzhen has become a veritable Internet town, and the Internet has made this ancient city change rapidly.

â€œIn fact, before the Internet era, the development of the IT industry has been accompanied by rapid development of technology and rapidly changing markets. These changes have brought people various surprises, but also brought Some don't adapt," said Li Yanhong. "Today's Internet is already at a new stage. When I came to Wuzhen two years ago, I still talked about how to adapt to the mobile Internet era. Now I want to talk about the mobile Internet. The era is over."

Li Yanhong stressed that the end of the mobile Internet era is not to say that everyone will not use mobile phones to access the Internet in the future, but that if a company has not yet established or said that it is not big today, it is no longer possible to rely on the mobile Internet. The beast. Because the market has entered a relatively stable development stage, the Internet population penetration rate has exceeded 50%. When Baidu was founded, less than 10 million Chinese netizens today are more than 700 million Chinese netizens. Baidu is fortunate to have grown from a very small number of Internet users to China's Internet market to a relatively large size, but there is no future. This is an opportunity. 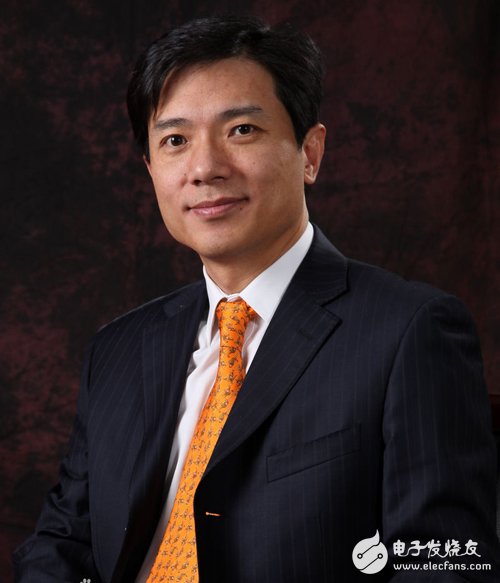 He used the example of an unmanned vehicle. The unmanned vehicle is a very large application of artificial intelligence in the automotive field. Of course, the automobile is already a big market. China has more than 60 trillion GDP and 10 trillion is related to the car. But the impact of artificial intelligence is far more than the 10 trillion, in fact, it can affect all aspects of social life.

In addition, Li Yanhong introduced that today's artificial intelligence has developed a series of technologies that have been applied in many places. In September, Baidu released the Baidu brain, which is an integration of Baidu's artificial intelligence capabilities. Such artificial intelligence capabilities include speech recognition capabilities, image recognition capabilities, natural language comprehension capabilities, and user portrait capabilities. The speech recognition ability can now reach 97% in a quiet environment. What do you mean? It is better than normal people's hearing. The image recognition ability is now rapidly progressing to the practical stage. Taking a photo of the dog to the dog can identify the breed of the dog. Currently, it has been able to identify more than 300 types of dogs. The average person may not be able to recognize it. So many kinds of dogs. In terms of natural language comprehension, progress has also been very rapid, and Baiduâ€™s â€œsecretâ€ has become smarter. Whether it is Haier refrigerator or BMW car in the future, you can communicate with it in natural language.

"In the future, every individual and every country will undergo tremendous changes because of the advent of the artificial intelligence era. We need to re-imagine everything, every industry, every market," Li said.

At the same time, Li Yanhong believes that the focus of the world's entire innovation is shifting. Especially after Trump's election, many entrepreneurs in Silicon Valley have expressed their concern and believe that it will cause harm to the US innovation field.

"Recently, a consultant from Trump also publicly said that three-quarters of Silicon Valley CEOs are Asian immigrants. I think this is a problem for the United States. For China, if I consider it from my perspective, I very much hope that countries will Excellent talents are able to emigrate to China, allowing China to play a more important role in the global arena of innovation." Li Yanhong said that in the past, Chinese companies could only attract outstanding Chinese to China. In the future, they hope that Chinese companies can attract more and more people from all over the world and from all races to come to China because China has the largest market and the largest Internet. In the market, China is also the largest market for rapid growth, so I hope everyone will come to China to start a business together.

We make OBD connector with terminal by ourselves, soldering type and crimping type are both available. Also 12V and 24V type. OBD1, OB2, J1939, J1708, J1962, etc. Also molded by different type, straight type or right-angle type. The OBD connector cables used for Audi, Honda, Toyota, BWM, etc. We have wide range of materials source , also we can support customers to make a customized one to replace the original ones.