The Samsung F9000 is a flagship LCD TV released by Samsung Electronics in 2013. It has the latest and most advanced technology content at that time. The body design adopts 4K ultra-high-definition LCD panel, exclusive smart operating system, support for Samsung Apps smart TV application store, online video VOD on-demand platform, and up to five kinds of human-computer interaction. 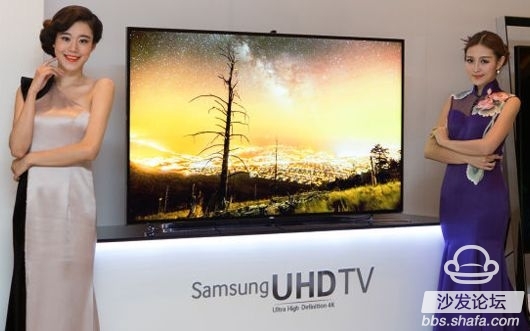 Samsung F9000 ultra-clear smart TV positioning high-end market, at the same time with TV remote control, touchpad, voice control, gesture control has five multi-screen interactive control methods, covering all the currently known smart TV human-computer interaction, so that different uses The crowd can find the easiest experience to use and further enhance TV's â€œartificial intelligenceâ€.
The Samsung F9000 released today has achieved the industry's highest 3840Ã—2160 ultra-high definition resolution and the most used control methods. In terms of hardware configuration and parameters, it has indeed reached the "flagship" level, but the data does not equal reality, and it requires actual experience to really understand this intelligent product that is determined to rewrite the history of television interaction.

Here are five ways to fully experience the control of this F9000 smart TV. First control the TV through the remote control. 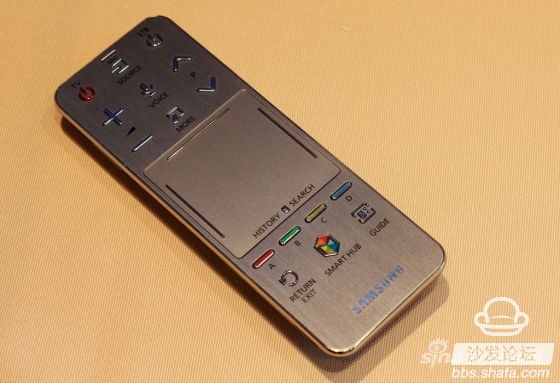 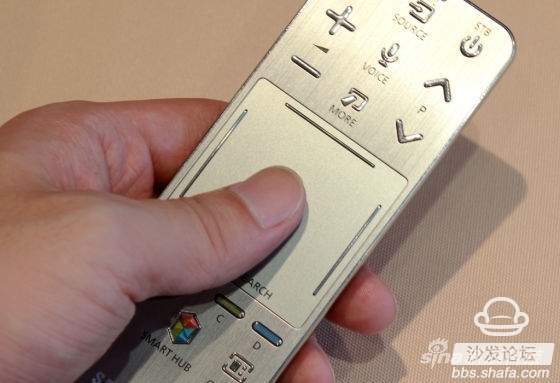 After the left and right sides of the touch pad on the remote control are swiped, the UI window is switched to the audiovisual center and the "recently viewed content" virtual desktop, and the sliding feeling is smooth and smooth.

It is not difficult to see from the design of the remote control that it can not only perform traditional operations such as channel switching, volume adjustment, and menu setting, but also use the middle touchpad to achieve a "mouse-like" experience, and it can be controlled by the mic on the remote control. The microphone) can also give voice commands to the TV. Therefore, a remote controller has actually aggregated three control experiences and is more convenient to use. 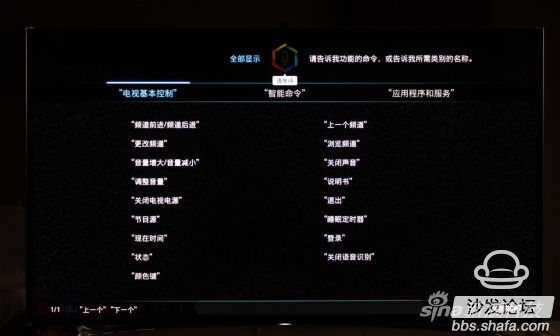 When you use the voice command to control the TV, you only need to press and hold the â€œVoice Controlâ€ button on the remote control to use the corresponding voice command on the TV. TV can listen to instructions and complete tasks such as booting, channel switching, and application access. While performing voice control, the television will prompt corresponding "voice commands", such as "channel forward", "channel back", "web browser" and other commands. The actual use found that after the command prompt to tell the TV "password", the TV's voice recognition rate is still relatively high.

The gesture control of the Samsung F9000 can be applied in two situations. The first is to select the icon on the menu and make a selection decision by the way of moving the palm or making a fist; the second is to control the APP application or function that supports gesture control. 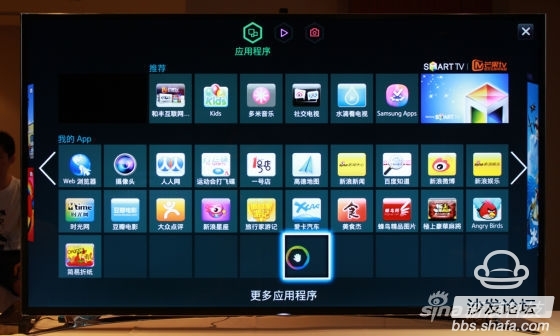 First, select the main menu for trial. In the case of determining that the top camera of the TV is turned on, the control mode of the wake-up gesture is displayed, and the â€œpalmâ€ icon appears on the screen. The camera will recognize the movement of the user's palm, and the icon on the TV will also move. After selecting an icon, "fist" will indicate OK. The actual use found that the camera for the hand next to play a gesture-controlled game angry birds, this game is also designed for Samsung TV gesture control development game works. After turning on the game, you need to shake your palm in front of the TV to indicate gesture control. Then a â€œpalmâ€ icon will appear on the screen. By moving the icon, the birdie will pull the bird's aiming direction and release the palm to hit the target. After using the game, it was found that the gesture control game is very interesting. The game experience that pulls the bird across the air even exceeds the touch screen of the mobile phone. In addition, there are also games such as fishing, playing UFO, and gesture control. 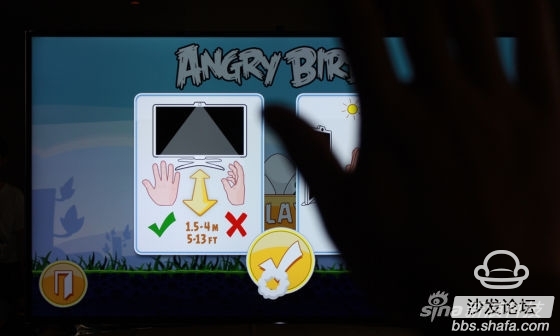 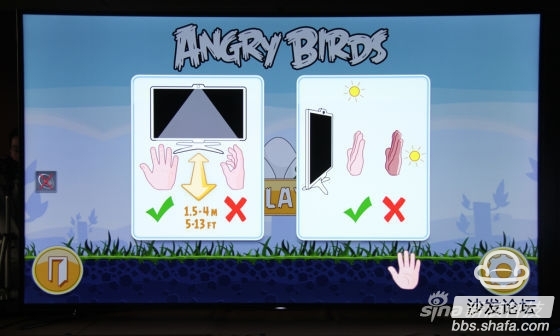 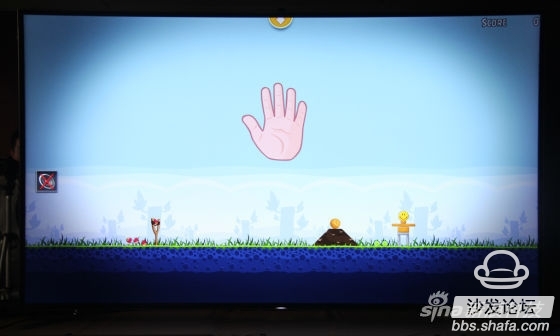 Taken together, gesture recognition control is more suitable for the manipulation of some somatosensory games and can provide a good gaming experience.

This content is copyrighted exclusively by SofaNet. Welcome manufacturers to further exchanges and cooperation with us to create more in-depth product reports.

Sofa Net is an Internet technology company specializing in smart TVs and boxes. It owns popular products such as sofa butlers, sofa tables, and sofa forums. It has been committed to providing high quality application resources for smart TV and TV box users and active community exchanges. And authoritative evaluation of smart TV products.


1. Integrated design: Outdoor LED Display's power and receiver card integrated in the control panel, no signal cable between the module and the power line, greatly improving the stability and reliability;